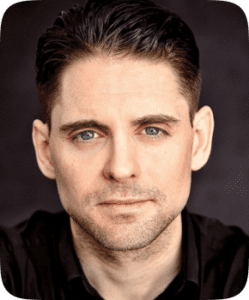 Shane has had an interest in health and fitness from an early age. He grew up playing a variety of sports and living a very active and natural life. In 2010 he moved to Toronto, Canada where he was strongly influenced by the their focus on a balanced, healthy, outdoor life. During his time in Canada he competed in an Ironman triathlon and ultra marathons. Noticing that endurance athletes were thriving on an Organic Plant Based diet and lifestyle, Shane adopted the same and through this he began to explore all of the vegan and plant based events, festivals and eateries that Toronto had to offer.

In 2015 Shane moved back to Ireland to explore his creative side by completing two years of intense training at The Gaiety School of Acting. During this time he was fully fuelled by a plant based diet. In 2018, after completing his drama training Shane decided that his first creative project would be a Plant Based, Raw and Living Foods Juice Bar/Café. The Plant Based Cafe was born and continues to grow to this day. While operating the cafe Shane crossed paths with Darren Maguire and completed the Certificate and Diploma courses at the Plant Based Academy. Training with Darren was a massive influence on the direction that Shane would take his life and business thereafter. Shane was strongly influenced by Culinary Medicine, Molecular Gastronomy, Japanese Teas, Daoist and Western Herbalism, which in turn prompted Shane to undertake courses towards becoming a Japanese Tea Master, a Hippocrates Health Institute Lifestyle Coach, a Mindfulness Practitioner, and he is currently deepening his clinical practice through four years of study towards becoming a Master Herbalist with the Irish School of Herbal Medicine.

Web Design by : The Digital Department